The peregrine falcon, known as a fierce and fast bird of prey, reaches speeds of up to 200 miles per hour during its hunting stoop as it drops toward its prey. The peregrine moves so fast the human eye would be unable to detect the magnitude of this action.

With their blue-gray wings, white lower face, and dark sideburns, these powerful birds are also an endangered species in Missouri. Several years ago, the Missouri Department of Conservation (MDC) initiated a statewide nesting box placement project to foster peregrine recovery in the state.

In collaboration with MDC, Liberty Utilities has installed two peregrine falcon nesting boxes on stacks at our power generation plants, with another nesting box planned in the future. The tall stacks of power plants make for ideal nesting box locations. In addition to protecting the peregrines, the nesting boxes help to keep the birds away from power plant equipment, improving safety and reliability.

At this time there are 14 active falcon boxes in Missouri, and eight of those nesting sites are located at power generation plants. 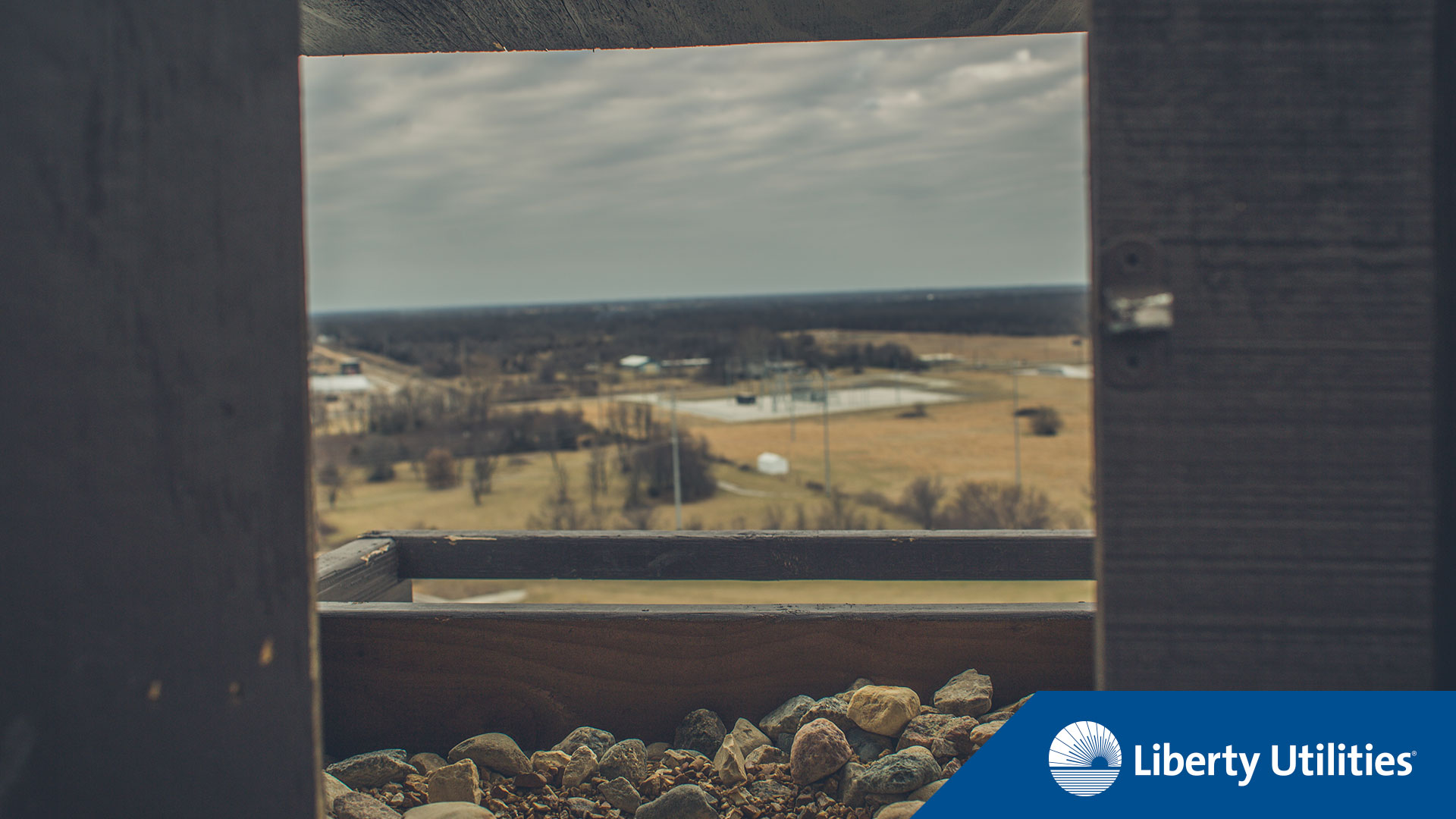