In February of 2015, Liberty moved an osprey nest from one of our transmission towers to a newly built nesting box. The osprey pair had a nest burn in the previous summer after coming in contact with an energized electric line. The fire also did damage to the transmission tower and line, interrupting electric service. This new home for the pair of osprey is meant to be a safe nesting alternative while also increasing service reliability for Liberty customers. 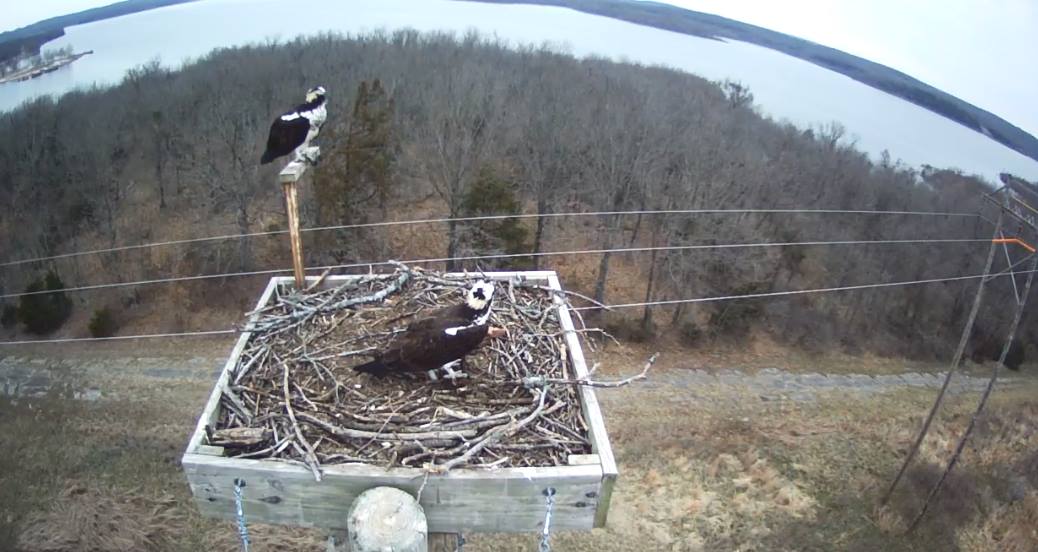 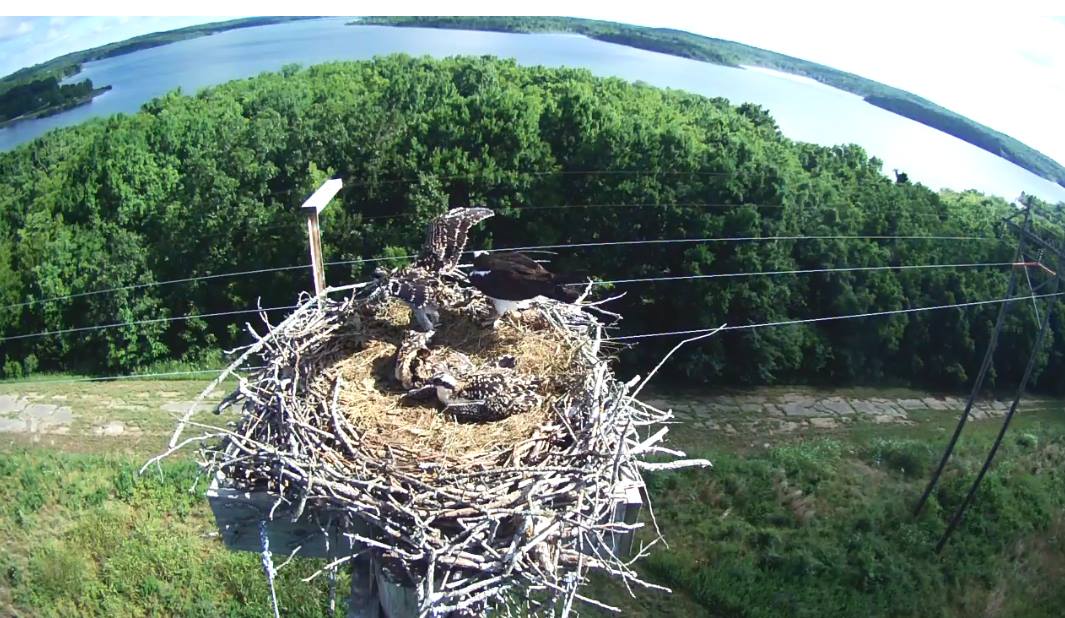 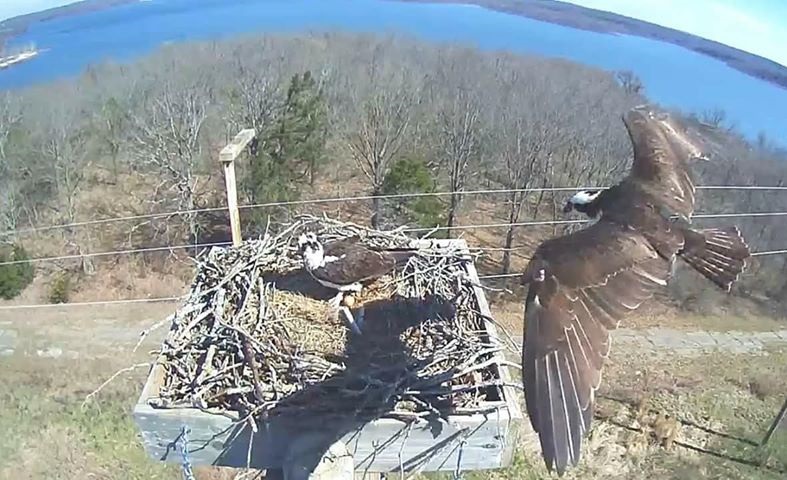 Liberty and Mid Central Contractors invite you to view our live video stream of nesting osprey at Stockton Lake. The pair typically arrive mid-March to raise their young before returning south for the winter in late August. The live stream can be accessed below.
Osprey Live Stream

Liberty has installed two peregrine falcon nesting boxes on stacks at our power generation plants with another planned in the near future. This is part of our continuing collaboration with the Missouri Department of Conservation (MDC). MDC is initiating a statewide nesting box placement project to foster peregrine falcon recovery in Missouri. Peregrine falcons are listed as endangered in the state.

Historically, peregrines nested in small numbers on bluffs along the Mississippi, Missouri, and Gasconade rivers. By the late 1800s, only a few pairs remained in the state. Many of the peregrines living now in Missouri’s urban centers were captive- raised and use nesting boxes and other suitable locations on tall buildings for their eggs. The tall stacks of power plants make for ideal nesting box locations.

At this time, there are 14 active falcon boxes in Missouri, meaning there are 28 individual falcons that nest in the state. Eight of the fourteen nesting sites are at power generating plants. Liberty is hopeful a nesting pair will soon use the boxes placed at the power plants.

Powerful and fast-flying, peregrine falcons catch medium-sized birds in the air with swift, spectacular dives, called “stoops.” Their diet consists primarily of other birds. In urban areas, peregrines hunt starlings, pigeons, and other city birds as they watch for prey from high perches. The peregrine falcon is a very fast flier, averaging 25-34 mph in traveling flight, and reaching speeds up to 69 mph in direct pursuit of prey. During its spectacular hunting stoop from heights of over 0.62 miles, the peregrine may reach speeds of 200 mph as it drops toward its prey. Adults are blue-gray above with barred underparts and a dark head with thick sideburns. Juveniles are heavily marked, with vertical streaks instead of horizontal bars on the breast. Nests in the wild are typically a “scrape” with accumulated debris on ledges and cliffs and in old tree cavities. Eggs, numbering three to four, are typically laid from April through June. Incubation lasts 29-32 days, and it takes 35-42 days for the young to fledge. Length: 15-21 inches (tip of bill to tip of tail); wingspan: 38-45 inches. Females are larger.

Source: MDC and the Cornell Lab 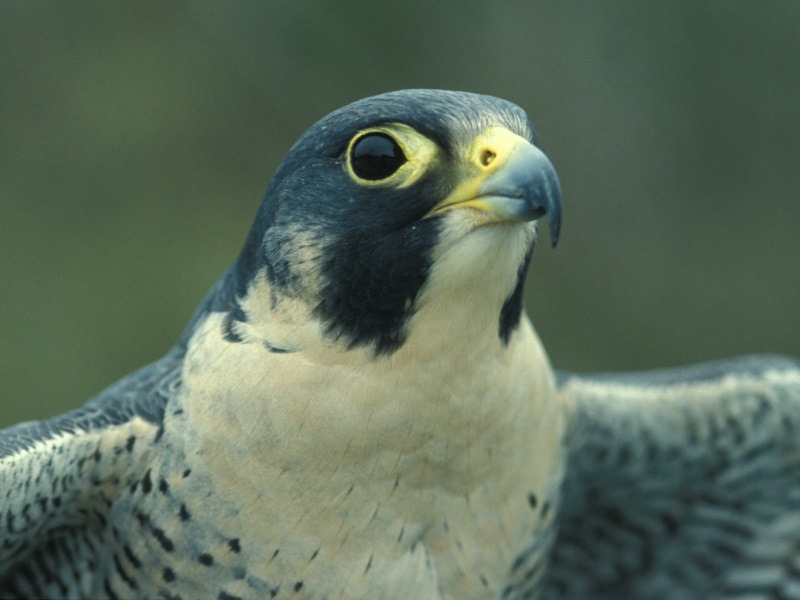